The Jerusalem Post, Israel’s oldest and largest English-speaking media outlet, offers you an insider’s look at the people and places of the State of Israel.

How much does it matter if an Israeli politician speaks English?

In reflection, an interesting discussion arises surrounding the parallels between the effectiveness of a politician and their ability, or inability, to speak English, after Interior Minister Ayelet Shaked received a bit of taunting from the opposition for turning to the conference moderator to clarify the word for "appreciate."

Following the discussion of languages, and the diversity it creates in Israel, Katz and Harkov sit down with the Danny Ayalon, who served as Israel Ambassador to the United States from 2002-2006 during the Bush Administration, and take a look back on the life of former US Secretary of State Colin Powell. He passed away earlier this week from COVID complications.

Next, they speak with president of the Jerusalem Institute for Strategic Studies Efraim Inbar about Israel-India relations and the significance of a number of high-level Indian diplomats visiting the country.

Additionally, the duo talk to Inbar about India's long-existing defense relationship with Israel.

All that and more, on this week's edition of The Jerusalem Post Podcast!

Is Israel delaying tourism because US doesn’t have a Green Pass?

In this week's edition, the duo dive into the state of the Delta variant as Israeli health officials believe that the country is wrapping up its fourth wave.

As cases go down, tourism is supposed to go up. Health and Tourism Ministry officials have said that the country could re-open to individual tourists as early as next month. Israel recently joined the European Union’s digital COVID passport program to ease travel. As part of the deal, visitors are supposed to be able to enter Israel more easily from countries in the consortium.

But what about US travelers who have paper vaccination certificates? Rossella and Maayan analyze whether it is this reason that opening up tourism continues to be delayed.

Maayan and Rossella also speak to Check Point Software's Gil Messing to discuss the most recent cyber attack on an Israeli hospital. Messing says these attacks are not the first and likely won’t be the last.

Finally, this week’s health tip ties to alcohol and cancer. Does even a few beers increase your chances of developing a tumor? Listen to find out.

Ever hungry, Mark and David step back in time to sample Ashkenazi dishes of yesteryear in 2021 Bnei Brak: chulent, kigel and fisnoga all make an appearance.

Then, replete, contented, and utterly sated they head for Kiso Valley in Japan to learn of its history, beauty, hot springs, and yes, its slow-food culture.

A behind the scenes look at The Jerusalem Post Annual Conference

The Jerusalem Post held its 10th Annual Conference on Tuesday with around 500 public figures, diplomats, investors, entrepreneurs from the country and aborad.

On this week's edition of The Jerusalem Post Podcast, the Post's Editor-in-Chief Yaakov Katz and Diplomatic Correspondent Lahav Harkov break down all the highlights, takeaways and some of the behind-the-scenes action that took place during the event.

The podcast includes an interview between Legal Correspondent Yonah Jeremy Bob and former Mossad chief Yossi Cohen, who made his first comments in English since Cohen completed his role serving as Israel's top spy.

You also get an interview between Katz and former US Secretary of State Mike Pompeo, who at the conference said that an Israeli last-resort military action.

What‘s more important: Israel‘s relations with the world or its own Arab citizens?

Jerusalem Post Editor-in-Chief Yaakov Katz and Diplomatic Correspondent Lahav Harkov sit down this week to discuss the latest news around Israel in the Jewish world on this week's edition of The Jerusalem Post Podcast.

On this week's episode, Katz and Harkov discuss the bombshell Prime Minister Naftali Bennett dropped on the Knesset floor earlier this week, claiming that the Mossad carried out an operation to find the remains and information about Israeli Air Force Navigator Ron Arad, who went missing over Lebanon in 1986 after he was forced to eject from his aircraft after it took on damage.

As Israel tries to piece the puzzle together of what exactly happened and why Bennett chose to share this information now, Katz and Harkov sift through the latest revelations coming out from across the world, giving their own opinions and expertise on the matter.

Later on in the episode, the duo speak with former AIPAC executive Johnathan Kessler about his organization called Heart of a Nation and its mission to find new ways to bring progressives into the Israeli conversation.

To wrap things up, Katz and Harkov chat with the Post's Palestinian Affairs Correspondent Khaled Abu Toameh to talk about the wave of violence and murders that have been sweeping across Israel's Arab sector.

In this week's edition, the duo takes on the current coronavirus situation in Israel.

"Is Delta really over?" they ask. And how is Prime Minister Naftali Bennett's government doing compared to the previous adminsitration?

They talk about emerging medical research and treatments for the virus and for other health ailments.

Then, in a short interview with Dr. Shahar Cohen, the founder and CEO of Nayacure Labs, they learn about "off-the-shelf" and "on-demand" organs.

Finally, they wrap up with a look at the best winter snacks to keep you energized while on the go.

Have you visited our new Health & Wellness portal? Visit jpost.com and click on "Health and Wellness." 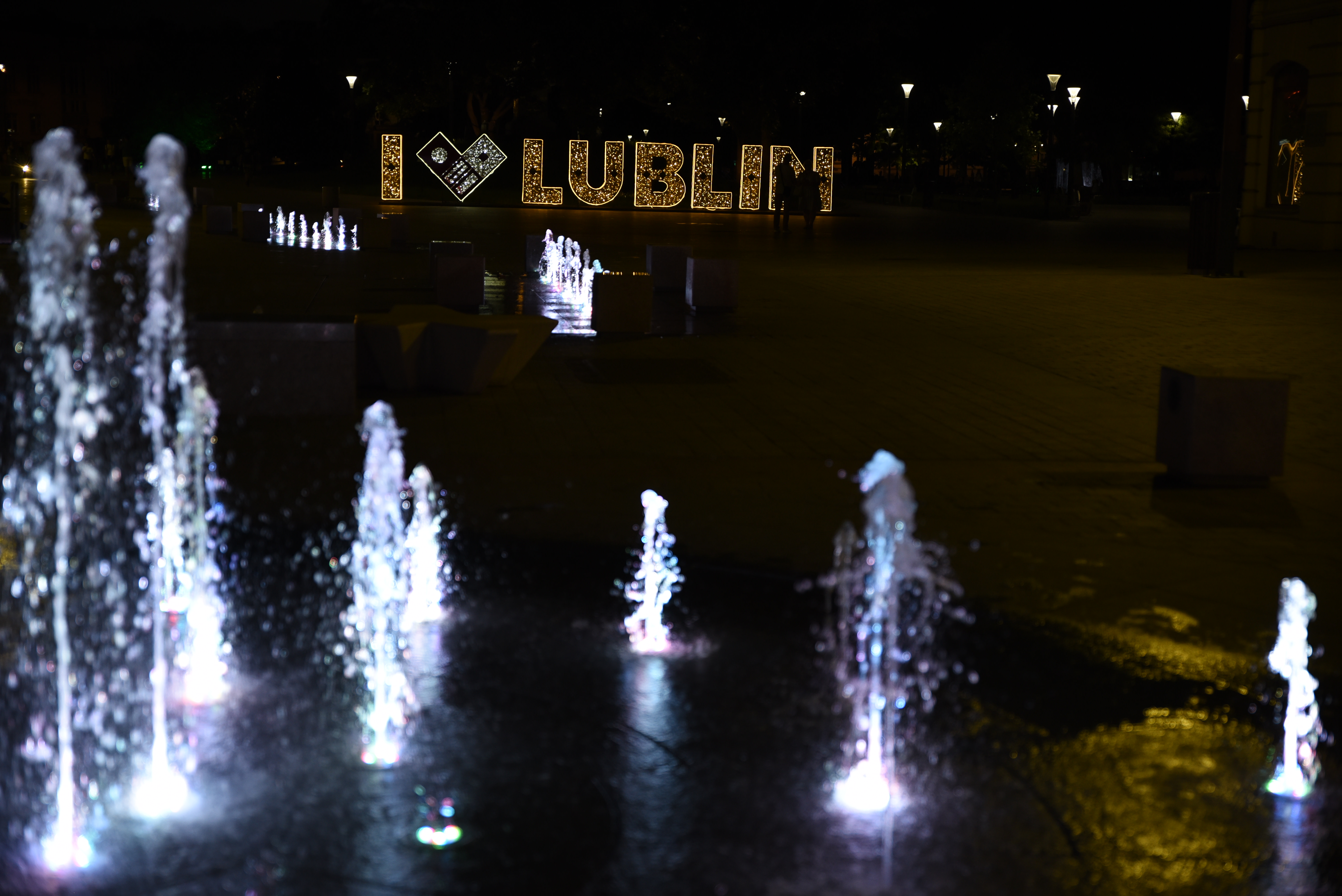 In the final episode of their special series from Poland, Mark and David take you to some of the lesser-visited parts of the country. This time it's the Lubelskie region to the south of Warsaw. We'll hear the boys' reflections after an emotional visit to Majdanek, a love story starring a non-Biblical Esther and learn more of the history and present of a beautiful corner of the world.

What do Iron Dome batteries and Christian support for Israel have in common?

Jerusalem Post Editor-in-Chief Yaakov Katz and Diplomatic Correspondent Lahav Harkov sit down this week for a Sukkot edition of The Jerusalem Post Podcast.

While Israelis and Jews across the world are celebrating the Sukkot holiday, Prime Minister Naftali Bennett is preparing for his first-ever appearance in front of the UN General Assembly.

Join Katz and Harkov this week as they discuss what they believe will be included in the prime minister's address. Will he talk about Hamas, Iran or the push to block replenishment of the Iron Dome System by the US Congress? How will Bennett's performance compare to Netanyahu's?

Katz and Harkov also evaluate the decision not to fund the Iron Dome.

Is this just a technical blip, as Foreign Minister Yair Lapid has said, or something far more severe for the defense of the Jewish State?

They discuss the support (or lack of support) that the US is giving Israel and the consequences of some anti-Israel views being shared in the House and the Senate by some senior politicians.

Later in the episode, Katz and Harkov sit down with Israeli-American evangelical author Joel Rosenberg, who released a new book detailing the Abraham Accords and the changes in the Middle East. They discuss the state evangelical Christian support for Israel, asking whether it has wavered with the passing of the baton from Benjamin Netanyahu to Bennett.

Rosenberg was first interviewed by The Jerusalem Post last month >>

Discover all of this and more in this week's episode of The Jerusalem Post Podcast.

In this episode, you will get:
> Celebrate Sukkot in Israel
> A look at what could happen during Bennett's upcoming address at the United Nations
> An evaluation of whether US support for Israel is wavering
> A talk with a prominent Evangelical leader

We meet Tewolde Gebre Mariam, the pioneering group CEO of Ethiopian Airlines. He's been at the helm of the company as it revolutionizes flying out of Africa. He shares some of the secrets of Ethiopian's success in an exclusive interview.

Then it's time to unwind, breathe deeply and take in the splendors of India and Africa. Listen to two Anglo Israelis, who combine their love of travel with meditation and social justice, to offer specialized mindfulness trips.

Does the Durban conference matter for Israel?

As Israelis and Jews across the world prepare for the day-long fast to atone and repent for their sins of the year, Katz and Harkov discuss apologies in Israeli politics - or lack thereof - and the different ways Israel and its politicians have changed throughout the past year.

Later in the episode, Harkov sits down with the former secretary general of the World Jewish Congress Dan Diker to discuss the controversial annual Durban conference scheduled for September 22. The conference is marked by antisemitism and anti-Israel discussions. Israel has been singled out for opprobrium as racist in the declaration released by UN member states participating.

Some 18 countries will be boycotting the World Conference Against Racism.

In this episode:
> Yom Kippur and Israeli politics
> The controversial Durban conference - how it has changed, what stayed the same and does it matter for Israel?

Photo by REUTERS, as seen on jpost.com

Get this podcast on your phone!

Play this podcast on Podbean App